A lorry has plowed into a Christmas market in central Berlin, killing nine people and injuring many more, police say.

(BBC) Police now say they suspect it was a deliberate attack. Video footage from the scene shows stalls knocked over and people lying injured on the ground.
The driver is on the run, German media report.
The market is at Breitscheidplatz close to the Kurfuerstendamm, the main shopping street in the city’s west.
A reporter for the Berliner Morgenpost described a “gruesome scene”.
The Berliner Zeitung reports that police have set up a meeting point for relatives at the scene.
A photographer for the DPA news agency said that armed police were at entrance to the nearby zoo. 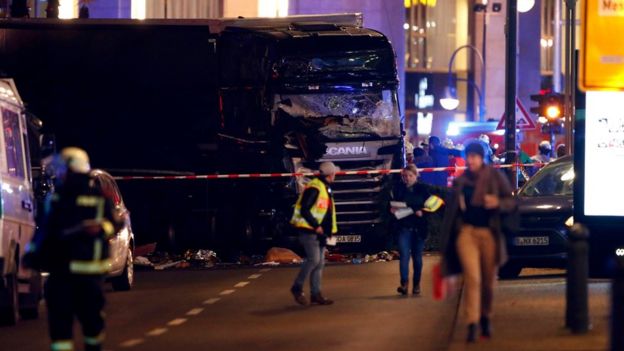 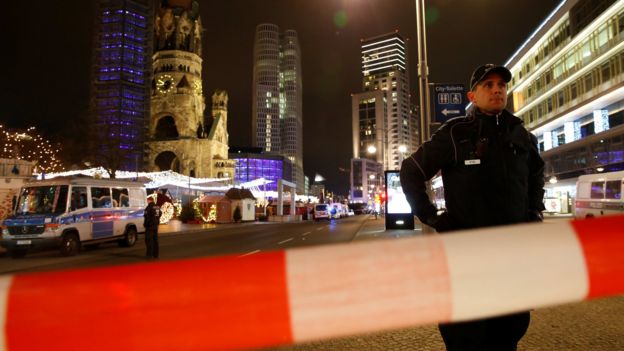